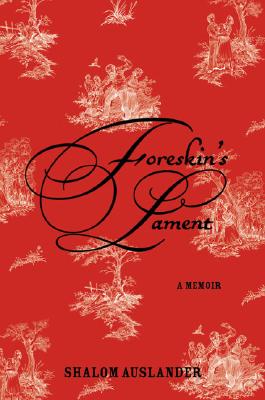 Shalom Auslander was raised with a terrified respect for God. Even as he grew up and was estranged from his community, his religion and its traditions, he could not find his way to a life where he didn't struggle against God daily.

Foreskin's Lament reveals Auslander's youth in a strict, socially isolated Orthodox community, and recounts his rebellion and efforts to make a new life apart from it. Auslander remembers his youthful attempt to win the "blessing bee" (the Orthodox version of a spelling bee), his exile to an Orthodox-style reform school in Israel after he's caught shoplifting Union Bay jeans from the mall, and his fourteen mile hike to watch the New York Rangers play in Madison Square Garden without violating the Sabbath. Throughout, Auslander struggles to understand God and His complicated, often contradictory laws. He tries to negotiate with God and His representatives-a day of sin-free living for a day of indulgence, a blessing for each profanity. But ultimately, Shalom settles for a peaceful cease-fire, a standoff with God, and accepts the very slim remaining hope that his newborn son might live free of guilt, doubt, and struggle.

Auslander's combination of unrelenting humor and anger--one that draws comparisons to memoirists David Sedaris and Dave Eggers--renders a rich and fascinating portrait of a man grappling with his faith, family, and community.