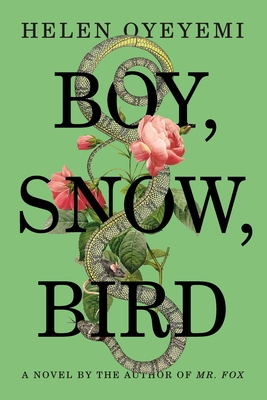 From the prizewinning author of What Is Not Yours Is Not Yours, Gingerbread, and Peaces comes a brilliant recasting of the Snow White fairy tale as a story of family secrets, race, beauty, and vanity.

“Boy, Snow, Bird is Helen Oyeyemi’s fifth novel, and it just might be her finest. It’s certainly her most readily accessible…. How [her characters] try and tragically fail to relate to one another proves particularly powerful, as exemplified by the perversely gratifying last act…I couldn’t have stopped reading at this point if I’d wanted to.… a beautiful book.”
—Tor.com

Helen Oyeyemi is the author of five novels, most recently White Is for Witching, which won a 2010 Somerset Maugham Award, Mr. Fox, which won a 2012 Hurston/Wright Legacy Award, and Boy, Snow, Bird. In 2013, she was named one of Granta’s Best Young British Novelists. She lives in Prague.
Loading...
or support indie stores by buying on