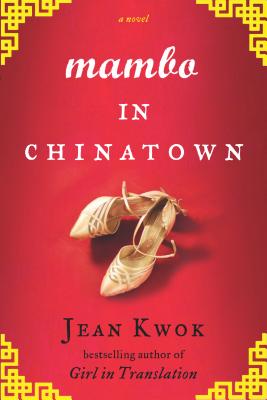 From the bestselling author of "Girl in Translation," a novel about a young woman torn between her family duties in Chinatown and her escape into the world of ballroom dancing.
Twenty-two-year-old Charlie Wong grew up in New York's Chinatown, the older daughter of a Beijing ballerina and a noodle maker. Though an ABC (America-born Chinese), Charlie's entire world has been limited to this small area. Now grown, she lives in the same tiny apartment with her widower father and her eleven-year-old sister, and works miserably as a dishwasher.
But when she lands a job as a receptionist at a ballroom dance studio, Charlie gains access to a world she hardly knew existed, and everything she once took to be certain turns upside down. Gradually, at the dance studio, awkward Charlie's natural talents begin to emerge. With them, her perspective, expectations, and sense of self are transformed something she must take great pains to hide from her father and his suspicion of all things Western. As Charlie blossoms, though, her sister becomes chronically ill. As Pa insists on treating his ailing child exclusively with Eastern practices to no avail, Charlie is forced to try to reconcile her two selves and her two worlds Eastern and Western, old world and new to rescue her little sister without sacrificing her newfound confidence and identity.

Jean Kwok is the author of "Girl in Translation."She was born in Hong Kong and immigrated to Brooklyn as a young girl. Between graduating from Harvard and attending the Columbia MFA program, she worked as a professional ballroom dancer."