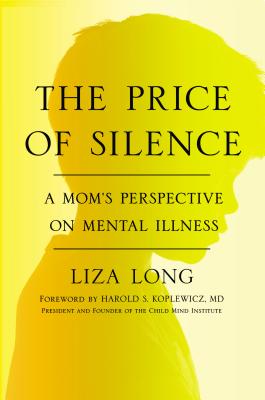 The Price of Silence (Hardcover)

A Mom's Perspective on Mental Illness

Liza Long is the mother of a child who has bipolar disorder. When she heard about the Newtown shooting, her first thought was, What if my son does that someday? She wrote an emotional response to the tragedy, which the Boise State University online journal published as I Am Adam Lanza's Mother. The post went viral, receiving 1.2 million Facebook likes, nearly 17,000 tweets, and 30,000 emails.
Now, in The Price of Silence, she takes a devastating look at how we address mental illness, especially in children, who are funneled through a system of education, mental healthcare, and juvenile detention that leads far too often to prison. In the end she asks one central question: If there's a poster child for cancer, why can t there be one for mental illness? The answer: stigma. She is speaking in a way that we cannot help but hear, and she won't stop until something changes.

Liza Long is an author, educator, erstwhile classicist, and single mother of four children based in Boise, Idaho. She has written and edited extensively for regional publications, including Eagle Magazine, Greenbelt Magazine, and The Blue Review. Since her essay I Am Adam Lanza s Mother went viral, she has appeared on the Today Show, Good Morning America, Erin Burnett Out Front, and Anderson Cooper 360, among others. She presented a talk on stigma at TEDx San Antonio in October 2013."
or
Not Currently Available for Direct Purchase
Copyright © 2020 American Booksellers Association