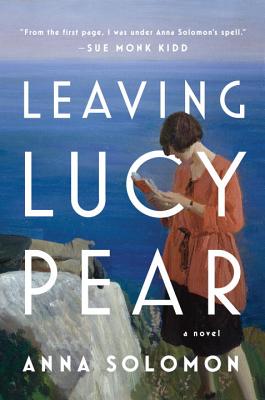 Chosen as a must-read book by TIME Magazine, InStyle, Good Housekeeping, The Millions, the Minneapolis Star Tribune, and BookPage

Anna Solomon is the author of The Little Bride and a two-time winner of the Pushcart Prize. Her short fiction and essays have appeared in publications including The New York Times Magazine, One Story, Ploughshares, Slate, and MORE. Coeditor with Eleanor Henderson of Labor Day: True Birth Stories by Today’s Best Women Writers, Solomon previously worked as a journalist for National Public Radio. She was born and raised in Gloucester, Massachusetts, and lives in Brooklyn, New York, with her husband and two children.

Chosen as a must-read book for summer 2016 by TIME Magazine, InStyle, Good Housekeeping, The Millions, the Minneapolis Star Tribune, and BookPage

“Gorgeously moving . . . a dazzling exploration of the impact of roads untaken on motherhood, class, and gender. . . . Solomon expertly works on a large, mesmerizing canvas, with an almost dizzying array of characters, each moving the terrific drama of the book. . . . [She] renders each character so exquisitely complex, they could be the heroes of their own novels. . . . It’s impossible to stop reading, because Solomon has made us care so much for all the characters, because she’s fashioned a world so real, you can taste the salt spray and smell the heady fragrance of the ripe pears.” —The Boston Globe

“Solomon’s strong prose and fleet pacing consistently provide the essential pleasures of a good story well told. . . . This is a book governed…by earnest empathy, a desire to give each character opportunities for growth and betterment, bravery and openness.” —Maggie Shipstead, The New York Times Book Review

“Solomon is a beautiful writer, and her prose brings people and scenes achingly alive. . . . Her characters’ struggles with motherhood and identity would be compelling in any era.” —Entertainment Weekly

“Leaving Lucy Pear is not just a hypnotic page-turner; it’s also a beautifully written story of women and motherhood played out against a 1920s American historical backdrop. . . . With its lessons about accepting the past and making choices about the future, Leaving Lucy Pear is a satisfying, insightful, and memorable book.” —Jewish Book Council

“Solomon does a good job of showing the ways in which different actors, each trapped by the constraints of sexuality, religion, ethnicity, and class, act and interpret the actions of others. Looking out from their isolated, self-interested or self–protective shells, the characters circle one another, unable to close the chasms that separate them.” —Lilith Magazine

“Anna Solomon's novel invites you in with tons of atmosphere, from the foggy New England location to the 1920s culture to the gender politics. You'll get lost in this story, which feels truly new and fresh.” —Good Housekeeping

“Beautiful and expansive . . . The connection between these two mothers, Bea and Emma, is profound and particular.” —Edan Lepucki, The Millions

“With poetic prose but a larger understanding of the precarious world of 1920s New England, Solomon proves herself as one of the most striking novelists of the day.” —The Millions (Most Anticipated: The Great Second-Half 2016 Book Preview)

“Solomon threads class differences and ironies throughout her sophisticated narrative. . . . Through her ornately descriptive style, we get to know the inner and outer selves of the co-mothers.” —The Improper Bostonian

“The worlds of three women collide on the coast of Massachusetts in the 1920s in this beautifully told tale of a young woman’s journey to discover herself.” —Minneapolis Star Tribune

“A thoughtful examination of class in the early twentieth century. . . . Anna Solomon is wise in the ways of mothers and daughters, the ties that bind, the gulfs that separate. Leaving Lucy Pear offers unforgettable characters and many small, meaningful, emotional moments set against the backdrop of larger history, and Lucy Pear, that strong, smart girl, is a character to remember and to root for.” —New Orleans Public Radio's “Reading Life”

“Leaving Lucy Pear works extremely well on multiple levels . . . but the real highlights are its characters and the author’s clear empathy for them. . . . With delicate precision, Solomon illustrates their desires and fears, both voiced and unvoiced.” —Historical Novel Society

“Spanning the Great War and Prohibition and deftly delving into the social issues of the time, Leaving Lucy Pear is the perfect choice for readers who appreciate the rigor and richness of literary fiction.” —BookPage

“Quietly powerful. . . . Solomon excels at portraying flawed characters whose passive-aggressiveness overrides their search for love and success. But when the two mothers play tug-of-war for Lucy, readers cannot help but empathize with all involved. [A] moving story.” —Booklist

“From the first page, I was under the spell of Anna Solomon’s emotionally engaging novel about the devastating choices we make and the unexpected consequences they bring. This is a fine literary tapestry woven with beautiful language, complex characters, and a precise probing of human desires and demons.” —Sue Monk Kidd, New York Times bestselling author of The Invention of Wings

“Anna Solomon writes with a poet's reverence for language and a novelist's ability to keep us turning the page. Leaving Lucy Pear is a gorgeous and engrossing meditation on motherhood, womanhood, and the sacrifices we make for love.”—J. Courtney Sullivan, New York Times–bestselling author of Maine and The Engagements

“Leaving Lucy Pear is that rare combination of stunning language, raw emotion, and profound wisdom that catches you up and wrings you out and yet somehow leaves you fuller than when you began. In this tender new novel, Anna Solomon looks at our most fundamental relationships—between mothers, children, and lovers—with more compassion and grace than seems humanly possible.” —Celeste Ng, New York Times bestselling author of Everything I Never Told You

“In Anna Solomon’s marvelously textured new novel, Cape Ann in the late 1920s thrums with the issues of the day. When two seemingly dissimilar women become bound to the same child, we’re given a piercing and often profound look at motherhood, what it is and isn’t, as well as the ways suffering makes and unmakes us all, sometimes many times over. Solomon is an enormously gifted writer, and her penetrating tale will linger in your mind long after the last page has turned.” —Paula McLain, New York Times bestselling author of The Paris Wife and Circling the Sun

“A mosaic of longing: a cast of characters wrestling with lives they might have led, keeping secrets that could free them, and building uncertain futures. With great empathy, Anna Solomon transports us to an evocative and overlooked time and place in this morally complex and deeply satisfying story.” —Christopher Castellani, author of All This Talk of Love
or
Not Currently Available for Direct Purchase
Copyright © 2020 American Booksellers Association