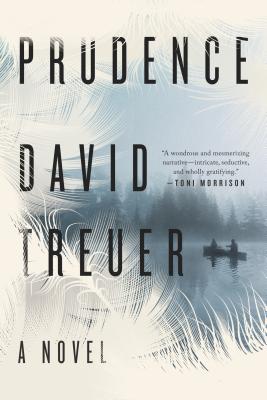 A haunting and unforgettable novel about love, loss, race, and desire in World War II era America.
On a sweltering day in August 1942, Frankie Washburn returns to his family's rustic Minnesota resort for one last visit before he joins the war as a bombardier, headed for the darkened skies over Europe. Awaiting him at the Pines are those he's about to leave behind: his hovering mother; the distant father to whom he's been a disappointment; the Indian caretaker who's been more of a father to him than his own; and Billy, the childhood friend who over the years has become something much more intimate. But before the homecoming can be celebrated, the search for a German soldier, escaped from the POW camp across the river, explodes in a shocking act of violence, with consequences that will reverberate years into the future for all of them and that will shape how each of them makes sense of their lives.
With Prudence, Treuer delivers his most ambitious and captivating novel yet. Powerful and wholly original, it's a story of desire and loss and the search for connection in a riven world; of race and class in a supposedly more innocent era. Most profoundly, it's about the secrets we choose to keep, the ones we can t help but tell, and who and how we re allowed to love.

David Treuer is Ojibwe from the Leech Lake Reservation in northern Minnesota. The author of three previous novels and two books of nonfiction, he has also written for The New York Times, Los Angeles Times, Esquire, Slate, and The Washington Post, among others.He has a Ph.D. in anthropology and teaches literature and creative writing at the University of Southern California."