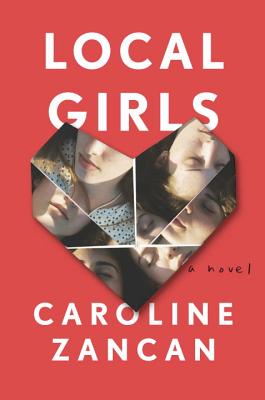 Named one of the summer's best books by People, Glamour, The Huffington Post, and Pure Wow
Publishers Weekly Book of the Week
Named one ofRefinery 29's 21 New Authors to Watch in 2015
The first person to break your heart isn t always your boyfriend. Sometimes it's your best friend.

Maggie, Lindsey, and Nina have been friends for most of their lives. The girls grew up together in a dead-end Florida town on the outskirts of Orlando, and the love and loyalty they have for one another have been their only constants. Now nineteen and restless, the girls spend empty summer days bouncing between unfulfilling jobs, the beach, and their favorite local bar, The Shamrock. It's there that a chance encounter with a movie star on the last night of his life changes everything.
Passing through Orlando, Sam Decker comes to The Shamrock seeking anonymity, but finds Maggie, Lindsey, and Nina instead. Obsessed with celebrity magazines that allow them a taste of the better lives they might have had, the girls revel in his company. But the appearance of Lila, the estranged former member of the girls group, turns the focus to their shared history, bringing all their old antagonisms to the surface Lila's defection to Orlando's country club school when her father came into some money, and the strange, enchanting boy she brought into their circle, who fundamentally altered dynamics that had been in play for years. By the night's end, the escalation of these long-buried issues forces them to see one another as the women they are now instead of the girls they used to be.
With an uncanny eye for the raw edges of what it means to be a girl and a heartfelt sense of the intensity of early friendship, Local Girls is a look at both the profound role celebrity plays in our culture, and how the people we know as girls end up changing the course of our lives.

Caroline Zancan is a graduate of Kenyon College and holds an MFA from the Bennington Writing Seminars. Zancan is an editor at Henry Holt, and lives in Brooklyn with her husband.
Loading...
or
Not Currently Available for Direct Purchase