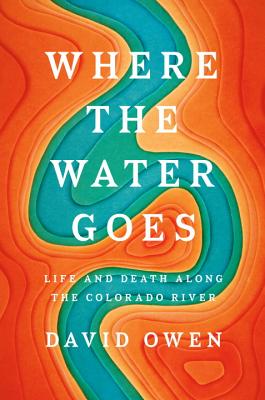 Where the Water Goes

The story Owen tells in Where the Water Goes is crucial to our future: how a patchwork of engineering marvels, byzantine legal agreements, aging infrastructure, and neighborly cooperation enables life to flourish in the desert —and the disastrous consequences we face when any part of this tenuous system fails.


Praise For Where the Water Goes: Life and Death Along the Colorado River…

“I have traveled the American West all of my life and thought that I knew everything about its fabled water wars. But David Owen fills in so many gaps that I feel that I've been to water reeducation camp. Whether you read for fun, or edification, this is a gem.” —Rinker Buck, author of The Oregon Trail: A New American Journey

David Owen is a staff writer for The New Yorker and the author more than a dozen books. He lives in northwest Connecticut with his wife, the writer Ann Hodgman.
Loading...
or
Not Currently Available for Direct Purchase