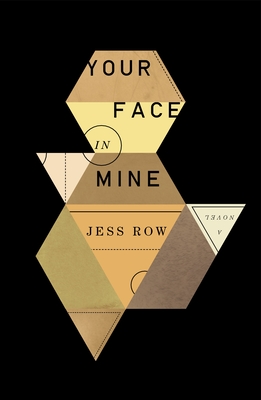 Your Face in Mine

A widely praised young writer delivers a daring, ambitious novel about identity and race in the age of globalization.

One afternoon, not long after Kelly Thorndike has moved back to his hometown of Baltimore, an African American man he doesn't recognize calls out to him. To Kelly’s shock, the man identifies himself as Martin, who was one of Kelly’s closest friends in high school—and, before his disappearance nearly twenty years before, white and Jewish. Martin then tells an astonishing story: after years of immersing himself in black culture, he’s had a plastic surgeon perform “racial reassignment surgery”: altering his hair, skin, and physiognomy to allow him to pass as African American. Unknown to his family or childhood friends, Martin has been living a new life ever since.
Now, however, Martin feels he can no longer keep his identity a secret; he wants Kelly to help him ignite a controversy that will help sell racial reassignment surgery to the world. Inventive and thought-provoking, Your Face in Mine is a brilliant novel about cultural and racial alienation and the nature of belonging in a world where identity can be a stigma or a lucrative brand.

Praise For Your Face in Mine: A Novel…

“Jess Row has written a fearless, ambitious, unforgettable novel that reads like a postcard from the near-future to our present moment: what if the commodification of identity spawned a new kind of lie? A wave of racial metamorphoses—a surgically-enabled denial of history? Row's premise is ingenious, but his execution is even better. He's created a thriller with a human core, powered by guilt, rage, self-loathing, traitorous longing, the claustrophobia of a single life, and the perilous fantasy of escape, rebirth. Row is unafraid to ask the hardest questions about what his hungry, homesick, vastly malleable characters are, at every level, and what binds them to one another.”
—Karen Russell, author of Vampires in the Lemon Grove and Swamplandia

"Anchored by a Swiftian fantasy of racial reassignment surgery, which takes its questing hero from the housing projects of Baltimore to the back streets of Bangkok, Jess Row's Your Face in Mine is one of the most slyly penetrating novels on race and identity politics I've ever had the pleasure of reading."
—Richard Price

“A moving, compelling examination of love, loss, and humanity. In our time, when race is the most charged, complex (and perhaps most important) subject available for an American writer to take on, it is incredibly rare to encounter a book written by a white man that engages thoroughly, thoughtfully, and thrillingly with that very subject. This is a necessary book.”
—Martha Southgate, author of The Taste of Salt and Third Girl from the Left

"A white writer tackling race and class this honestly, this fearlessly? Talk about a rarity. So it's a relief that Jess Row is also one of the smartest, most observant contemporary writers around. This novel reads like Studs Terkel and Philip K. Dick decided to collaborate. It’s beautiful and painful, often at the same time."
—Victor LaValle, author of The Devil in Silver

"This book is adult in its weight and complexity, and formidable in its thoughtfulness... [Row] doesn’t shy away from the hard intellectual and moral questions his story raises, or from grainy philosophical dialogue, but he submerges these things in a narrative that burns with a steady flame. You turn the pages without being aware you are turning them.
—The New York Times

“Jess Row sees the future in Your Face in Mine—a provocative and exhilaratingly bold examination of race in America, where a white Jewish guy who feels black can undergo racial reassignment surgery.”
—Elissa Schappell in Vanity Fair

“Row has outdone himself in a first novel that offers great quantities of food for thought and discussion.”
–Booklist (starred review)

“Imaginative...This will appeal especially to those who love literary fiction with a thriller’s edge.”
–Library Journal (starred review)

"The premise is headline-catching, but the subtlety and grace with which Row tells the story is even more remarkable….We book reviewers are fond of calling books ‘brave,’ but Your Face in Mine is genuinely courageous.”
—NPR

“Race is a charged subject few white male writers would dare take on, and yet Row does so with a captivating premise, brilliantly executed. Your Face in Mine is, above all, brave and thought-provoking.”
—Bustle

“They say that people change, but in the case of Kelly’s close high school friend whom he hasn’t seen in nearly two decades, it’s the type of change nobody would have seen coming. Row’s tale is one that people will be discussing, and it demonstrates why he is one of the most innovative storytellers out there.”
—Flavorwire

“A thought-provoking exploration of identity and the ways it is both formed by the self and projected into the world.”
—AskMen

Jess Row is a graduate of Yale University, and received an MFA from the University of Michigan. He is the author of the story collections The Train to Lo Wu, which was shortlisted for the 2006 PEN/Hemingway Award and was a finalist for the Kiriyama Prize, and Nobody Ever Gets Lost. His writing has appeared in The Atlantic, Tin House, Boston Review, Granta, The New Republic, The New York Times Book Review, and elsewhere. His stories have been anthologized three times in The Best American Short Stories, and have won two Pushcart Prizes and a PEN/O.Henry Award. In 2007 he was named a “Best Young American Novelist” by Granta. Row is an associate professor of English and Buddhist chaplain at The College of New Jersey, and lives in New York with his wife and two children.
Loading...
or
Not Currently Available for Direct Purchase