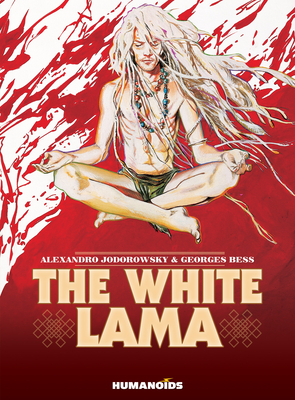 Late 19th century Tibet, after the Grand Lama Mipam dies, Gabriel, the orphan of white explorers, is chosen as his reincarnation. As he is raised by a local family, the seeds of corruption and despair sprout across the land, and it will be up to the White Lama to fight his way back to the light. A breath-taking & spiritual epic adventure set at the "Roof of the World.

Alejandro Jodorowsky (also known as Alexandro Jodorowsky) is a Chilean film and theatre director, screenwriter, playwright, actor, comic book writer, author, poet, mime, musician, and spiritual guru. He is best known for his avant-garde, cult films, such as El Topo, a midnight movie favorite. Georges Bess is a French artist, best known for his collaboration with Alexandro Jodorowsky. He moved to Sweden in the early 1970s and it is there that he did his first artistic jobs under his own name or under the pseudonyms Tideli and Nisseman. He cooperated with the Swedish "Mad" magazine, and from 1977 to 1987, drew stories with "The Phantom." In the early 1980s, Bess accidentally traveled to Tibet and became very impressed with the country. It was shortly thereafter that he met and began collaborating with Jodorowsky, in what would become a long and successful collaborative partnership.
Loading...
or support indie stores by buying on