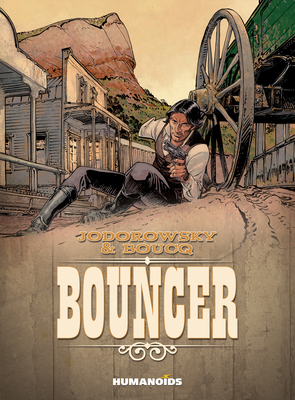 A Western tale turned on its ear and filled with strange characters and surreal situations.

From what could only have originated from the mind of "El Topo" director, and "The Metabarons" author, Alexandro Jodorowsky, "Bouncer" follows the adventures of a one armed gunslinger and sometimes saloon bouncer in one of the Wild West’s many dangerous and vice-infested towns. Drawn by acclaimed artist François Boucq in a gritty and realistic style.

"After absorbing Francois Boucq’s illustrated panels and Alejandro Jodorowsky’s writing about four pages into Bouncer: The One-Armed Gunslinger, I found myself sitting up straighter in my seat due to my growing elation at the fact I had found what I’ve been looking for in comics when it comes to Westerns." - SciFiMonkeys.com

Along with nurturing his many other talents, Jodorowsky remains a unique storyteller whose published contributions have secured his status as one of the world's most prolific graphic novel writers.
Loading...
or
Not Currently Available for Direct Purchase