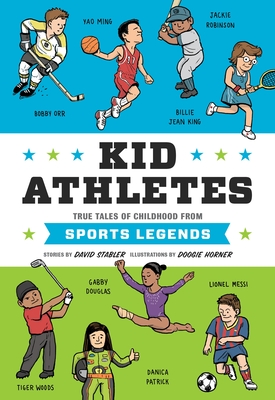 Forget the gold medals, the championships, and the undefeated seasons. When all-star athletes were growing up, they had regular-kid problems just like you. Baseball legend Babe Ruth was such a troublemaker, his family sent him to reform school. Race car champion Danica Patrick fended off bullies who told her “girls can’t drive.” And football superstar Peyton Manning was forced to dance the tango in his school play.

“Are you a big sports fan? If you are, then you’ll love this book. . . . Kid Athletes is a very informative book, but it also teaches you that anyone (no matter who you are) can go through hardships.”—Eric and Jasmine, Kidsday reporters, Newsday

“Perfect for the adolescent set, these inspiring stories mix fun and non-fiction.”—Geeks of Doom