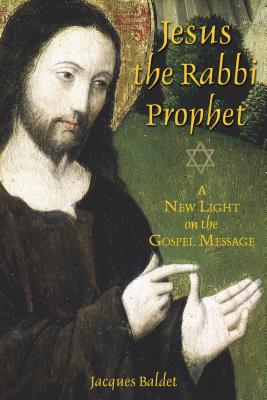 A New Light on the Gospel Message

The canonical gospels were in large part written by authors who were not eyewitnesses to the events they described, and their writings were slanted to fill the needs of the new Church. As a result, a huge gulf exists between the Christ of the Christian church and the historical Jesus. In Jesus the Rabbi Prophet scholar and historian Jacques Baldet seeks to restore the historical context and true nature of the Jewish society in which Jesus lived, and through which his actions assume on an entirely different meaning.

The research of modern historians has shed much new light on the historical circumstances at work in Judaea and the Roman provinces that Jesus knew. Looking at the life of Jesus in its broader historical setting has given Jacques Baldet answers to many of the questions that have puzzled historians, such as when did Jesus really live and what was the true nature of his family, convictions, and spiritual beliefs. From this vibrant and highly informed perspective the deeper story of the man from Galilee emerges: Rabbi Jesus was both a Jew imbued with the monotheistic teaching of the Torah and a visionary who preached of the kingdom within. Viewed in their proper historical context, the Stations of the Passion and Christ’s betrayal by Judas and death on Calvary take on a new light. Baldet shows that the true life and original message of Jesus were concealed beneath the literary creations that primarily reflected the agenda of the early Church. Jesus was not trying to start a new religion. He was a Jewish teacher who sought to reform the faith of his fathers by restoring dignity to the unfortunate and ostracized members of his society.

Born in Angers, France, Jacques Baldet is a writer, economist, and international consultant who completed graduate studies in economics at the Sorbonne. He has worked for the International Monetary Fund and the World Bank and as a consultant for the United Nations Development Program. For many years he has conducted research into the historical Jesus and the Jewish roots of Christianity. He lives in France.
or
Not Currently Available for Direct Purchase