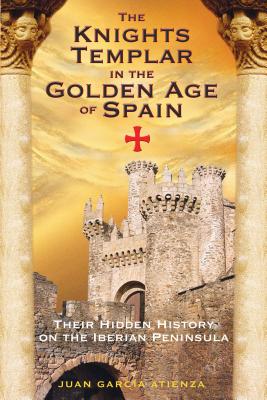 The Knights Templar in the Golden Age of Spain

Their Hidden History on the Iberian Peninsula

• Explores the mysteries surrounding the location of Templar enclaves

The rise and fall of the Templar Order constitutes a fundamental and decisive episode in medieval history, and the destruction of the Order constitutes a pivotal point that fundamentally altered the direction of society. While much is known about the history of the Templar Order in France, home of its chief commandery in Paris, and in the Latin States of the Middle East, their contribution to events on the Iberian peninsula has until now remained obscure and unexplored.

Renowned Templar scholar Juan García Atienza reveals here the important role the Templars played in the Reconquista that saw the Moors driven out of Spain and demonstrates the great influence they exerted in the kingdoms of Castille and Navarre and the territories of Catalonia and Aragon. He examines the mysterious connections between the Templars and the Cathars and troubadours as well as the mystery surrounding the location of all the Templar enclaves in the Iberian peninsula. He also unveils the important role the Templars had as teachers of the Spanish king James I, known as the Conqueror, whose attempt to establish a universal theocratic empire may have been a reflection of Templar ambitions, and explores the Order’s suppression in Spain and how it survived in Portugal by simply changing its name.

Praise For The Knights Templar in the Golden Age of Spain: Their Hidden History on the Iberian Peninsula…

"A must read for any serious Templar or Templar-Masonic scholar. Atienza is the author of over 30 books on the Middle Ages and one of the leading Spanish authorities on the Templars and related mystery traditions."
— Mark Stavish, Institute for Hermetic Studies, June 2006

"[This book] is highly recommended to those who wish to understand more about the Knights Templar and their activities outside France and the Holy Land."
— Templar History Magazine, Nov 2006

". . . a masterpiece of metahistory! . . . . in this masterful account of a serious historian aware of the esoteric dimensions in history. Highly recommended!"
— The Cauldron Brasil, Feb 2007

"Now, renowned Templar scholar and historian Juan Garcia Atienza has written the definitive book on the Templar's activities in the Iberian Peninsula, exploring the crucial role the Templars played in the Reconquista, the pivotal event that drove the Moors from Spain."
— Michael Lohr, Mysteries Magazine, Issue 20, Spring 2008

" . . . one of the best Templar books available today. An excellent and erudite read, with a central focus on Templar history in Spain, you will not find a better tome than this one."
— Michael Lohr, Renaissance Magazine, Vol. 12, No. 3, Issue 55

Juan García Atienza is the author of more than 30 books examining various enigmas of the Middle Ages and is considered one of the leading Spanish experts on the Templars and the mystery traditions. He lives in Spain.
Loading...
or support indie stores by buying on