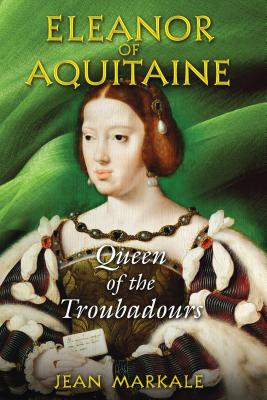 Queen of the Troubadours

Eleanor of Aquitaine (1122-1204) has been long noted for her political and cultural achievements that profoundly shaped twelfth-century Europe. Culturally, beyond her role as wife of kings Louis VII of France and Henry II of England and mother of kings Richard and John, she inspired the huge diffusion of the Arthurian cycle and the Celtic myths underpinning it. Without Eleanor, figures such as Merlin, Arthur, and Guinevere (for whom Eleanor served as model) would never have assumed the enormous symbolic value they now possess. Politically, she embodied divine power that ended the dark age of patriarchy, playing a crucial role not only in the development of the Plantagenet Empire, but also in the granting of charters to merchants and craftsmen that led to the birth of the modern middle class.

But her greatest influence, still shaping modern sensibilities, was her role as the symbol of courtly love, which was not a mere diversion of the aristocracy but a process of male initiation and transcendence that bore a close resemblance to Indian Tantra. While the Virgin Mary was restoring a feminine face to medieval religious life, Eleanor embodied the adulterous queen who incarnates sovereignty--the woman who shares authority with the men who act in her name, but only after that power has been transmitted to them through an initiatory process leading to sexual union.

Praise For Eleanor of Aquitaine: Queen of the Troubadours…

“In a work of masterly scholarship, Jean Markale presents a fascinating portrait of a woman: history and myth intermingle as Eleanor, queen of France and England, is revealed as the embodiment of Guinevere and queen of the troubadours at her court of love.”
— Jill Line, author of Shakespeare and the Ideal of Love

"Collections strong in medieval studies, both at the high school and college level, will find this a different kind of biographical coverage which examines the spiritual representation of Eleanor of Aquitaine."
— The Bookwatch, The Midwest Book Review, Feb 2008

"This absorbing book charts the historical image of the medieval queen to the mythological and never does it bore. Indeed, a wonderful take on the ascent of feminism told through the quill of a true storyteller."
— Payal Patel, Feminist Review, Jan 2008

" . . . for women who have sought a true queen who puts our childhood Disney princesses to shame, Eleanor is that queen."
— Smokey Trudeau, Sage Woman, No. 74, May 2008

"I must admit that though I love history it often leaves me in the dust because so many timelines overlap. Jean Markale's biography of the 'Queen of the Troubadours' is concise and orderly, and illuminates an incredible figure in history. By mixing historical fact with theory, questioning some unclear points and offering his own speculation (and making it clear that it is speculation) Markale manages to keep the reader engaged, on track, and encourages readers to philosophize on presented theories if so inclined."
— Nicole S. Kapise, The Pagan Review, May 2008

Jean Markale (1928-2008), was a poet, philosopher, historian, and storyteller, who spent a lifetime researching pre-Christian and medieval culture and spirituality. He was a former specialist in Celtic studies at the Sorbonne and author of more than 40 books, including Montségur and the Mystery of the Cathars, The Church of Mary Magdalene, The Druids, The Celts, Merlin, and Women of the Celts.
Loading...
or
Not Currently Available for Direct Purchase