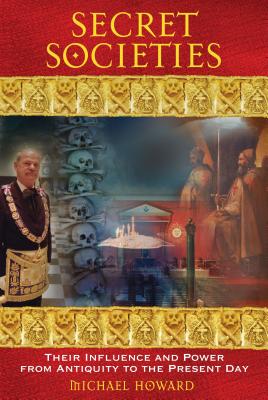 Their Influence and Power from Antiquity to the Present Day

An overview of how esoteric brotherhoods have shaped history

• Shows how secret societies feed into one another, and how they have worked together

For thousands of years secret societies--guardians of ancient esoteric wisdom--have exercised a strong and often crucial influence on the destiny of nations. Though largely ignored by orthodox historians, the Freemasons, Knights Templar, and Rosicrucians affected the course of the French and American Revolutions as well as the overthrow of the medieval feudal order. Inevitably, the true ideals and esoteric practices of these societies have, at times, been perverted by self-serving individuals. The Nazis and the Bolsheviks, British security forces, the founding fathers of America, and the Vatican have all justified their actions--for good or for ill--by claiming the mystic ideals of secret societies.

Michael Howard explores these connections, tracing their effects in politics and statecraft from the time of ancient Egypt up to the present. He sheds light on the influence of secret societies on governments and in the lives of many well-known figures, including Frederick the Great, John Dee, Francis Bacon, Benjamin Franklin, Comte de Cagliostro, Helena Blavatsky, Rasputin, and Woodrow Wilson. He contends that the recent formation of the European Union was directed by an umbrella group of secret societies and reveals that though secret societies have been persecuted throughout history, they have survived and continue to operate powerfully in world affairs today.

Michael Howard (1948-2015) began studying secret societies in 1964 and was an expert on Anglo-Saxon runes. He is the author of more than 20 books, including Traditional Folk Remedies and The Wisdom of the Runes. He lived in Devon, England.

Praise For Secret Societies: Their Influence and Power from Antiquity to the Present Day…

“With the multitude of books and websites published on secret societies, it is refreshing to find one so balanced and well documented. Michael Howard’s chronology of the influence of the occult tradition and secret societies on world history is alone worth the price of the book. Highly recommended.”
— Robert R. Hieronimus, Ph.D., author of Founding Fathers, Secret Societies: Freemasons, Illuminati, R

" . . . a most valuable contribution to contemporary understanding of the role played by many covert forms of spiritual and political activity."
— Reg Little, New Dawn

"This book took the 'theory' out of 'conspiracy theory'. . . . a well-documented account of events that date to Egyptian times."
— Rahasya Poe, Lotus Guide magazine, Oct-Dec 2009
or support indie stores by buying on
(This book is on backorder)
Copyright © 2020 American Booksellers Association