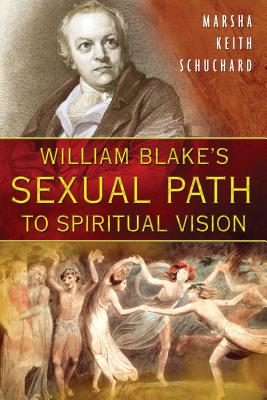 • Shows Blake had access to kabbalistic and tantric techniques of psychoerotic meditation, which used sexual arousal to achieve spiritual vision

William Blake (1757-1827) has long been treasured as an artist and poet whose work was born out of authentic spiritual vision. The acutely personal, almost otherworldly look of his artwork, combined with its archetypal casting and depth of emotion, transcend societal conventions and ordinary experience. But much of the overtly sexual work has been destroyed or altered, deemed too heretical by conservative elements among the mystic Moravians and Swedenborgians, whose influence on Blake has been uncovered only recently.

The author’s investigation into the radical psychosexual spiritual practices surrounding William Blake, which includes new archival discoveries of Blake family documents, reveals that Moravian and Swedenborgian erotic and visionary experimentation fueled much of Blake’s creative and spiritual life. Drawing also upon modern art restoration techniques, Marsha Keith Schuchard shows that Blake and his wife, Catherine, were influenced by secret kabbalistic and tantric rituals designed to transcend the bonds of social convention. Her exhaustive research provides a new context for understanding the mystical practices at the heart of Blake’s most radical beliefs about sexualized spirituality and its relation to visionary art.

“Fans of biographical minutiae will find it invaluable, and the closing insights into the refusal of Blake’s libido to synchronize with his fading physicality are deeply moving.”
— Niall Griffiths, The Telegraph

“Schuchard places Blake at the heart of a secret London as high on spiritualized sexuality as San Francisco in the ‘summer of love.’”
— Miranda Seymour, The Sunday Times

“This remarkable book opens the reader’s eyes to what fired Blake’s writings and art.”
— David V. Bennett, The Independent

“Exposes a forgotten visionary/sexual underworld. Scholarship with the momentum of a detective story.”
— Iain Sinclair, The Guardian

"Dr. Schuchard has worked diligently to present information which expands our understanding of William Blake's lifetime (1757-1827), and its impact on his own and subsequent generations."
— Michael Gleason, Witchgrove.com, June 2008

"Blake's efforts to go very deeply into the physical in order to better experience the divine are typical of most refined thinking of his day, in which science lagged behind the longings of the human spirit for true unfettered spiritual opening. Its author is a recognized expert in this subject matter."
— Barbara Bamberger Scott, Curled Up With a Good Book, July 2008

"This is a landmark book and critical to anyone seeking to appreciate the cultural climate of esotericism in the late Eighteenth into the early and mid Nineteenth Century."
— Institute of Hermetic Studies, Aug 2008

"Fueled by new archival discoveries of Blake family documents, [Schuchard's] analysis probes spiritual paths and recreates sexual focuses of his work which were initially changed by his pious executor. New Age libraries will find it a winner."
— The Midwest Book Review, Aug 2008

"Dr. Schuchard (Ph.D. in British literature) has worked diligently to present information which expands our understanding of William Blake's lifetime (1757-1827), and its impact on his own subsequent generations. He has been praised and vilified; exalted and suppressed; called a genius and a pervert. Modern research has done much to flesh out the perceptions which have existed, and the author has made a major contribution by assembling much of this newly discovered information into an easily accessible, and readable, book."
— Spiral Nature, September 2010

Marsha Keith Schuchard received a Ph.D. in British literature for her explorations into the esoteric-erotic underground traditions of 17th- to 20th-century secret societies and their influence on British and Irish poets and artists. The author of Restoring the Temple of Vision and William Blake's Sexual Path to Spiritual Vision, she lives in Atlanta, Georgia.
Loading...
or
Not Currently Available for Direct Purchase