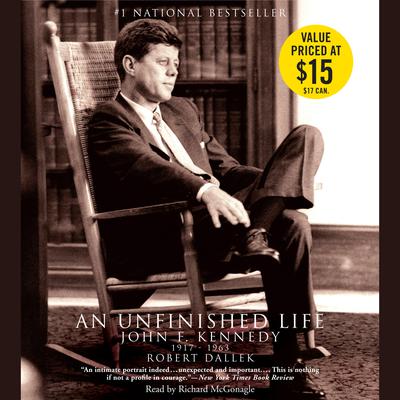 Drawing on previously unavailable material and never-before-opened archives, An Unfinished Life is packed with revelations large and small -- about JFK's health, his love affairs, RFK's appointment as Attorney General, what Joseph Kennedy did to help his son win the White House, and the path JFK would have taken in the Vietnam entanglement had he survived.

Robert Dallek succeeds as no other biographer has done in striking a critical balance -- never shying away from JFK's weaknesses, brilliantly exploring his strengths -- as he offers up a vivid portrait of a bold, brave, complex, heroic, human Kennedy.
Loading...