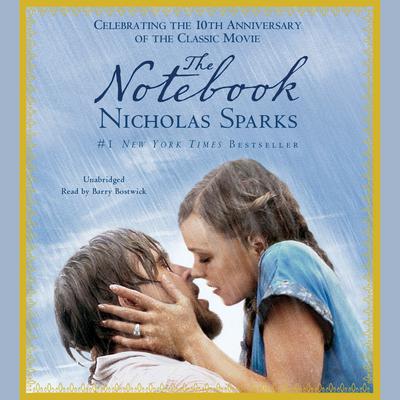 Rediscover the unforgettable, heart-wrenching romance set in post-World War II North Carolina, about a young socialite who can't forget the boy who once stole her heart--now one of PBS's Top 100 "Great American Reads."

Every so often a love story so captures our hearts that it becomes more than a story-it becomes an experience to remember forever. The Notebook is such a book. It is a celebration of how passion can be ageless and timeless, a tale that moves us to laughter and tears and makes us believe in true love all over again...