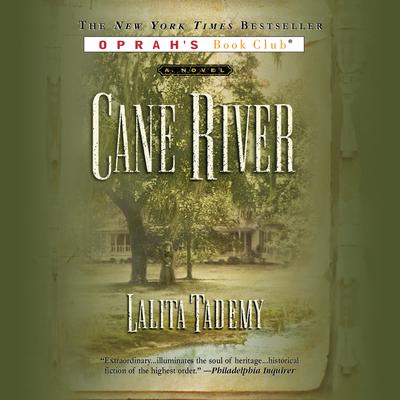 A New York Times bestseller and Oprah's Book Club Pick-the unique and deeply moving saga of four generations of African-American women whose journey from slavery to freedom begins on a Creole plantation in Louisiana.

Beginning with her great-great-great-great grandmother, a slave owned by a Creole family, Lalita Tademy chronicles four generations of strong, determined black women as they battle injustice to unite their family and forge success on their own terms. They are women whose lives begin in slavery, who weather the Civil War, and who grapple with contradictions of emancipation, Jim Crow, and the pre-Civil Rights South. As she peels back layers of racial and cultural attitudes, Tademy paints a remarkable picture of rural Louisiana and the resilient spirit of one unforgettable family.

There is Elisabeth, who bears both a proud legacy and the yoke of bondage... her youngest daughter, Suzette, who is the first to discover the promise-and heartbreak-of freedom... Suzette's strong-willed daughter Philomene, who uses a determination born of tragedy to reunite her family and gain unheard-of economic independence... and Emily, Philomene's spirited daughter, who fights to secure her children's just due and preserve their dignity and future.

Meticulously researched and beautifully written, Cane River presents a slice of American history never before seen in such piercing and personal detail.
Loading...