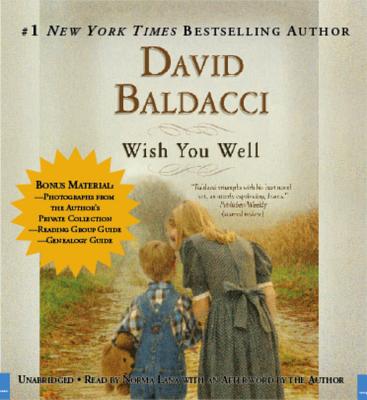 Following a family tragedy, siblings Lou and Oz must leave New York and adjust to life in the Virginia mountains--but just as the farm begins to feel like home, they'll have to defend it from a dark threat in this New York Times bestselling coming-of-age story.

Precocious twelve-year-old Louisa Mae Cardinal lives in the hectic New York City of 1940 with her family. Then tragedy strikes--and Lou and her younger brother, Oz, must go with their invalid mother to live on their great-grandmother's farm in the Virginia mountains.

Suddenly Lou finds herself growing up in a new landscape, making her first true friend, and experiencing adventures tragic, comic, and audacious. When a dark, destructive force encroaches on her new home, her struggle will play out in a crowded Virginia courtroom...and determine the future of two children, an entire town, and the mountains they love.

Praise For Wish You Well…

"What the novel offers above all is bone-deep emotional truth...Its myriad characters--each as real as readers' own kin--grapple not just with issues of life and death but with the sufferings and joys of daily existence in a setting detailed with finely attuned attention and a warm sense of wonder. This novel has a huge heart."
—Publisher's Weekly (starred review)


"Baldacci intertwines heartbreak and wry humor to take readers on a roller-coaster ride that's nearly impossible to abandon for even a moment."
—Oaklend Press


"A moving story...the focus is on young people, and the message about love is heartening."
—Booklist

"There is wisdom aplenty in this homespun tale with its gritty action and authentic slices of rustic life."
—Virginian-Pilot