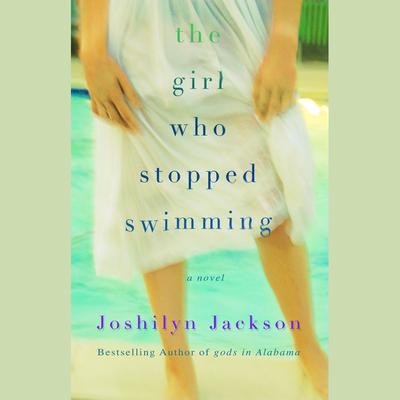 Laurel Gray Hawthorne needs to make things pretty, whether she's helping her mother make sure the literal family skeleton stays in the closet or turning scraps of fabric into nationally acclaimed art quilts. Her estranged sister Thalia, an impoverished Actress with a capital A, is her polar opposite, priding herself on exposing the lurid truth lurking behind middle class niceties. While Laurel's life seems neatly on track--a passionate marriage, a treasured daughter, and a lovely home in suburban Victorianna--everything she holds dear is suddenly thrown into question the night she is visited by the ghost of a her 13-year old neighbor Molly Dufresne.

The ghost leads Laurel to the real Molly floating lifelessly in the Hawthorne's backyard pool. Molly's death is inexplicable--an unseemly mystery Laurel knows no one in her whitewashed neighborhood is up to solving. Only her wayward, unpredictable sister is right for the task, but calling in a favor from Thalia is like walking straight into a frying pan protected only by Crisco. Enlisting Thalia's help, Laurel sets out on a life-altering journey that triggers startling revelations about her family's guarded past, the true state of her marriage, and the girl who stopped swimming.

Richer and more rewarding than any story Joshilyn Jackson has yet written, yet still packed with Jackson's trademarked outrageous characters, sparkling dialogue, and defiantly twisting plotting, The Girl Who Stopped Swimming is destined both to delight Jackson's loyal fans and capture a whole new audience.

Joshilyn Jackson, a native of the Deep South, has worked as an actor and an award-winning teacher, and is now a writer and a mother of two. She is the author of GODS IN ALABAMA and BETWEEN, GEORGIA. Jackson lives with her husband and children outside of Atlanta.