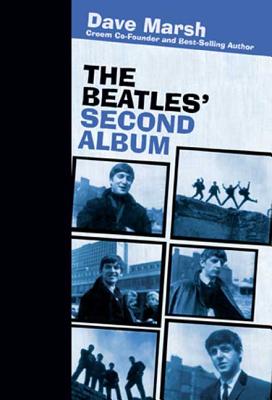 The Beatles' Second Album runs only 22 minutes, with just 11 songs - many of which the group didn't write. Despite all that, the album personifies the Beatles: the world's greatest rock'n'roll band, according to well-known rock'n'roll critic and author Dave Marsh. With its overload of rock'n'roll, R&B, and early soul influence, including "Roll Over Beethoven," and "Long Tall Sally", The Beatles' Second Album - the book and the album - offers a great vantage point from which to see the group's enormous impact on pop music and culture.

Marsh breaks new ground by focusing on the Beatles' US recordings and how they evolved from British releases at a time when the two nations' approaches to rock'n'roll production were vastly different.

DAVE MARSH is America's most widely read rock and roll critic and music historian. He cofounded Creem magazine in Detroit and wrote for Newsday, the Village Voice, and Rolling Stone. He edited two editions of the Rolling Stone Record Guide and also edited the newsletter Rock and Roll Confidential, which morphed into Rock and Rap Confidential. He is the author of more than two dozen music books, including three books on Bruce Springsteen, for whom he is the semiofficial biographer. Marsh lives in New Jersey.
or
Not Currently Available for Direct Purchase
Copyright © 2020 American Booksellers Association