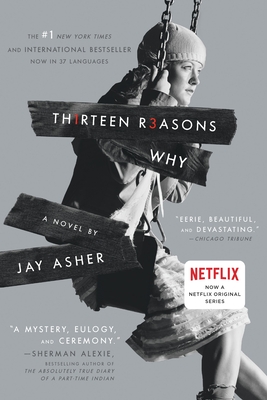 “Every once in a while you come across a book that you can’t get out of your mind, one you have to rush back to if you must put it down for some reason. Jay Asher’s Thirteen Reasons Why is one of those books, and is at the very top of my personal Must-Read list.” —Ellen Hopkins, bestselling author of Tricks, Identical, Crank, Burned, Impulse, and Glass

“A spectacular first novel. Jay Asher tells his story with such honesty and simplicity that the tragedy feels shatteringly real.” —Gordon Korman, author of Son of the Mob and Jake, Reinvented

JAY ASHER's debut novel, Thirteen Reasons Why, a #1 New York Times and international bestseller, has sold over 3 million copies in the United States alone and is now a thirteen-part series on Netflix. The Future of Us, his second novel, was co-authored with Printz Honor winner Carolyn Mackler. He is also the author of the New York Times bestselling What Light. Piper, out in Fall 2017 and co-authored with Jessica Freeburg and illustrated by Jeff Stokely, will mark Asher’s graphic novel debut. His novels have been translated into thirty-seven languages. He lives with his family in California. Follow him on Twitter @jayasherguy.
Loading...
or support indie stores by buying on