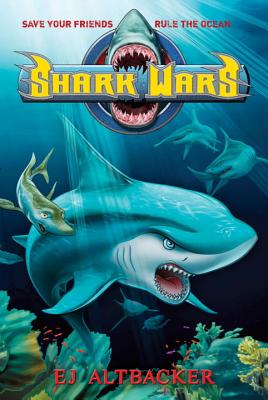 Since the dawn of time, prehistoric shark clans called Shivers have ruled over the earth's oceans, fierce protectors of all who swim. For eons, the Big Blue has prospered under Shiver Law, and the delicate balance of sea life kept sacred. Until now.

Rising sea temperatures and overfishing have caused food to become scarce, and the battle for new hunting grounds has brought with it corruption and warfare.

Now, with the ocean on the brink of chaos, a young reef shark named Gray - exiled from the safety of his peaceful reef home - must venture deep into Open Water to unlock the secrets of his destiny and bring peace back to the ocean. But first, he'll have to discover the truth about who - and what - he really is.

E. J. Altbacker is a screenwriter whose credits include work on various television programs including Static Shock, Justice League, Spider-Man, and Extreme Ghostbusters. He holds an MFA in screenwriting from the American Film Institute and an undergraduate degree in marketing from the University of Notre Dame.
Loading...
or
Not Currently Available for Direct Purchase