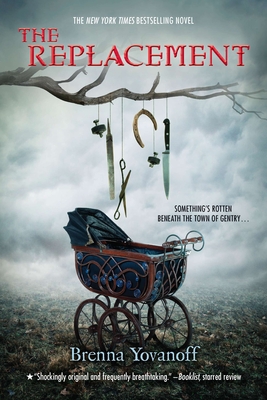 Mackie Doyle is The Replacement - left in the crib of a human baby sixteen years ago. He has been raised among us. But he is not one of us. Now, he must face the dark creatures of the slag heaps from which he came and find his rightful place - in our world or theirs.

"Even after finishing the book, readers will be left with the eerie sensation that . . . the true darkness has yet to abate." - BCCB, starred review

"Well-developed characters, a fascinating Fairy Court, an exciting story line, wicked cover art . . .this book has the makings of a success." - Publishers Weekly

Brenna Yovanoff is one third of the Merry Sisters of Fate along with Maggie Stiefvater and Tessa Gratton, whose flash fiction can be found at www.merryfates.com. She lives in Denver, Colorado. The Replacement is her first novel.
Loading...
or
Not Currently Available for Direct Purchase