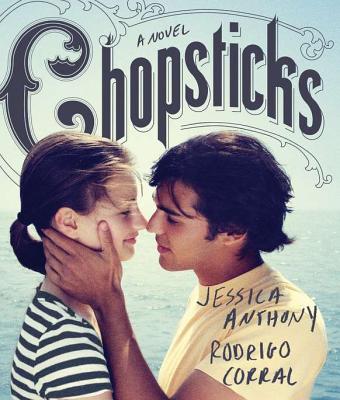 Jessica Anthony's debut novel, The Convalescent, was published by McSweeney's Books and received abundant critical praise, was an ALA Adult Notable Book of 2009, and was a B&N Discover selection. Her fiction has also appeared in Best New American Voices, Best American Nonrequired Reading, McSweeney's, Mid-American Review, New American Writing, and elsewhere. She resides in Portland, Maine, and Iowa City, where she is currently an Iowa Arts Fellow at the Writers' Workshop. Rodrigo Corral (www.RodrigoCorral.com) runs Rodrigo Corral Design and has designed covers for Junot Diaz and Chuck Palahniuk, as well as the New York Times bestselling books Decoded by Jay-Z, Classy by Derek Blasberg, and Influence by Mary-Kate Olsen and Ashley Olsen. He has designed countless best sellers, won many, many design awards, taught at the School of Visual Arts in New York City, and lectured around the country. Through it all, he remains deeply committed to transcending the visual possibilities in art, in culture, and throughout the universe.
Loading...
or
Not Currently Available for Direct Purchase