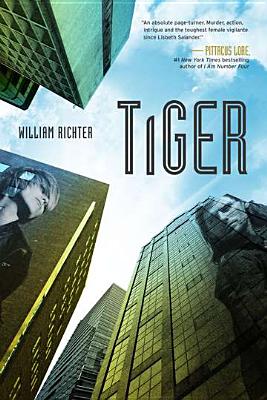 "A vigilante fights for justice at any cost."

Wally lives alone in her Brooklyn loft. She d be a regular teenager, except that she's the daughter of a Russian assassin. Crime is in Wally's blood, but she uses her legacy for good: she solves missing persons cases for the Ursula Society, an under-the-radar organization that uses oft-illegal tactics to find people the police have given up on.

The person Wally most wants to find? Tiger, her own fugitive brother. But the closer Wally gets to finding Tiger, the more dangerous her search becomes. And Klesko, Wally and Tiger's sadistic father, is again at large. With two highly-skilled con men against them, Wally and Tiger band together to destroy a conspiracy in which they and their hearts are mere pawns.

William Richter (www.williamrichterbooks.com) is a veteran Hollywood screenwriter and a script doctor. He currently has several film projects in development and in the past has produced work for Ron Howard and Tom Hanks. He was nominated for an Emmy Award as producer of We Stand Alone Together, the documentary episode of the HBO miniseries "Band of Brothers. Tiger "is Will s second book for young adults."
Loading...
or support indie stores by buying on
(This book is on backorder)