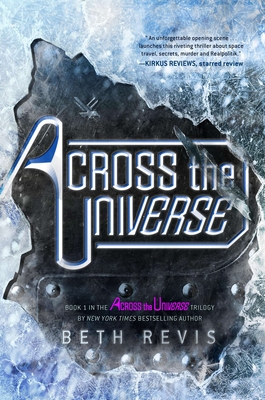 Book 1 in the New York Times bestselling trilogy, perfect for fans of Battlestar Gallactica and Prometheus!

Now, Amy is caught inside an enclosed world where nothing makes sense. Godspeed's 2,312 passengers have forfeited all control to Eldest, a tyrannical and frightening leader. And Elder, Eldest's rebellious teenage heir, is both fascinated with Amy and eager to discover whether he has what it takes to lead. Amy desperately wants to trust Elder. But should she put her faith in a boy who has never seen life outside the ship's cold metal walls? All Amy knows is that she and Elder must race to unlock Godspeed's hidden secrets before whoever woke her tries to kill again.

Beth Revis lives in rural North Carolina with her husband and dog, and believes space is nowhere near the final frontier. Across the Universe is her first novel.
Loading...
or support indie stores by buying on