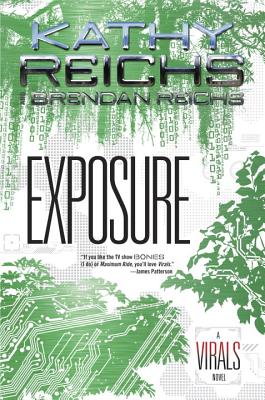 If you like the TV show Bones (I do) or Maximum Ride, you ll love Virals. James Patterson
Another thrilling Virals adventure fromNew York Timesbestsellers Kathy and Brendan Reichs.
When twin classmates are abducted from Bolton Prep, Tory and the Virals decide there's no one better equipped than them to investigate. But the gang has other problems to face. Their powers are growing wilder, and becoming harder to control. Chance Claybourne is investigating the disastrous medical experiment that twisted their DNA. The bonds that unite them are weakening, threatening the future of the pack itself.
The Virals must decipher the clues and track down a ruthless criminal before he strikes again, all while protecting their secret from prying eyes. And everyone seems to be watching.

Kathy Reichs (www.kathyreichs.com), like her iconic character Dr. Temperance Brennan, is a board-certified forensic anthropologist, and creator of the Fox television hit Bones, now in its ninth season. Reichs has written fourteen books in the Temperance Brennan series, all New York Times bestsellers, including #1. Exposure isher fourth novel for young readers. Brendan Reichs (www.brendanreichs.com) was born and raised in Charlotte, North Carolina. He graduated from Wake Forest University in 2000 and The George Washington University School of Law in 2006. After three long years working as a litigation attorney, he abandoned the trade to co-write the Virals series. He lives in Charlotte with his wife, Emily, daughter, Alice, and son, Henry. He plans to keep writing novels until they drag him from his desk. Visit www.viralstheseries.com."
Loading...
or
Not Currently Available for Direct Purchase