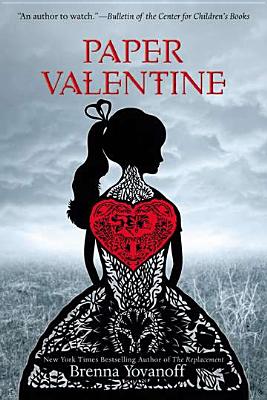 “Hannah Wagnor is having a hard enough time trying to figure out where she belongs and what exactly her feelings are for juvenile delinquent Finny Boone without her best friend Lillian's ghost sticking her nose into things. Then there is a murderer on the loose killing young girls, and Hannah doesn't know what to do. Lillian insists that she get involved, and Hannah suddenly finds herself at the center of a terrible secret. This intriguing mystery will draw you into Hannah's world of regrets, horror, friendship, and young love and won't let you go until the resolution.”
— Melissa Oates, Fiction Addiction, Greenville, SC
View the List

The city of Ludlow is gripped by the hottest July on record.  The asphalt is melting, the birds are dying, petty crime is on the rise, and someone in Hannah Wagnor’s peaceful suburban community is killing girls.

For Hannah, the summer is a complicated one.  Her best friend Lillian died six months ago, and Hannah just wants her life to go back to normal. But how can things be normal when Lillian’s ghost is haunting her bedroom, pushing her to investigate the mysterious string of murders?  Hannah’s just trying to understand why her friend self-destructed, and where she fits now that Lillian isn’t there to save her a place among the social elite. And she must stop thinking about Finny Boone, the big, enigmatic delinquent whose main hobbies seem to include petty larceny and surprising acts of kindness.

With the entire city in a panic, Hannah soon finds herself drawn into a world of ghost girls and horrifying secrets.  She realizes that only by confronting the Valentine Killer will she be able move on with her life—and it’s up to her to put together the pieces before he strikes again.

Paper Valentine is a hauntingly poetic tale of love and death by the New York Times bestselling author of The Replacement and The Space Between.

A Boston Globe Best Book for Young Adults of 2013

A YALSA Best Book for Young Readers of 2014

A 2014 Booklist Pick for Best Fiction for Young Readers

Brenna Yovanoff was raised in a barn, a tent, and a tepee, and was homeschooled until high school. She spent her formative years in Arkansas, in a town heavily populated by snakes, where sometimes they would drop turkeys out of the sky. When she was five, she moved to Colorado, where it snows on a regular basis but never snows turkeys. Her short fiction has appeared in Chiaroscuro and Strange Horizons. She holds an MFA in fiction from Colorado State University and is the New York Times bestselling author of The Replacement and The Space Between. She currently lives in Denver with her husband. Visit her online at www.brennayovanoff.com.
Loading...
or
Not Currently Available for Direct Purchase