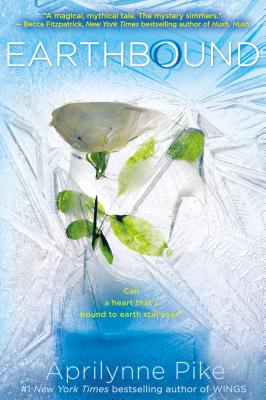 Tavia immediately searches for answers, desperate to determine why she feels so drawn to a boy she hardly knows. But when Tavia discovers that the aunt and uncle who took her in after her parents' death may have actually been responsible for the plane crash that killed them "and that she may have been the true intended victim "she flees for the safety of Camden, Maine, where the boy she sees in her visions instructs her to go.
Now, Tavia is on the run with no one to trust. "No one, that is, except for her best friend and longtime crush, Benson."
Tavia feels torn between the boy who mysteriously comes to her at night and the boy who has been by her side every step of the way. But what Tavia doesn't know is that "the world is literally falling apart "and that to save it she will have to unite with the boy in her visions. Only problem? To do so would mean rejecting Benson's love. And that's the one thing Tavia Michaels swore she'd never do.

“[A] riveting page-turner. . . . With carefully crafted characters and plot, readers will be unable to sort the good guys from the bad. Sure to satisfy romantics, mystery fans, fantasy aficionados, and thrill seekers alike.”—Booklist

"Pike's . . . solid writing, particularly in her descriptions, will have readers hooked. Tavia's low-tech revelation via ChapStick works better than any superbattle to convey what's at stake in her life and choices."—Publishers Weekly

"It’s usually a good sign when I read the first 30 pages of a book one day and devour the following 300 pages the next. Such was the case with Earthbound, Aprilynne Pike’s superb new young adult novel. It’s a complicated, intoxicating, and surprising ride that I literally couldn’t put down until I read it all."—Christian Science Monitor

"[A] promising start to a new series that offers history, romance, and action."—Kirkus Reviews

"The premise of Earthbound is enough to give even the most jaded of readers the shivers."—Romantic Times

"Readers of supernatural romance will be clamoring for this one."—School Library Journal

“Wings is a remarkable debut; the ingenuity of the mythology is matched only by the startling loveliness with which the story unfolds.”—Stephenie Meyer, bestselling author of the Twilight saga

“Aprilynne Pike’s talent just continues to bloom and I am almost afraid to see how awesome her next book will be.”—Carrie Jones, bestselling author of Need and Captivate

". . . fascinating, rich, and romantic, and weaves a great new tapestry of thrilling fantasy.”—isa McMann, bestselling author of the Wake trilogy

“The greatest part: the WINGS series reaches the perfect ending. The worst part: it has to end!”—Claudia Gray, New York Times bestselling author of the Evernight series

"Mixing a little bit of Harry Potter and a lot of Twilight, Pike has hit on a winning combination. Yet it is her own graceful take on life inside Avalon that adds a shimmering patina sure to enthrall readers.”—Booklist (starred review)

“Pike’s clever and innovative way of reinventing fairy tales and myths to make them her own is wonderful. . . . [The] story is rich in vivid details, action, adventure, and romance.”—Romantic Times (top pick)

“The series is action-packed, and the final chapters of the story are no exception. A thrilling page-turner, many readers will read the book cover-to-cover, barely daring to breath.”—VOYA (starred review)