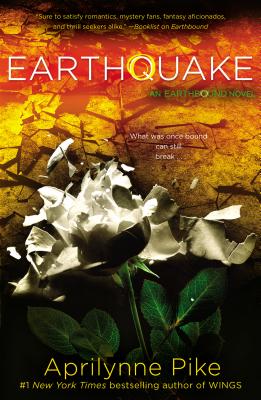 Tavia Michaels has discovered that she's an Earthbound a fallen goddess with the power to remake the Earth and that a rival faction of Earthbounds, the Reduciata, has created a virus that is literally wiping swaths of the planet out of existence.
Tavia is captured and imprisoned before she can act on this information, along with her eternal lover, Logan. Huddled in a claustrophobic cell, they lose track of the days, their attempts to escape proving as ephemeral as Tavia's newly gestating powers. But then Tavia and Logan are mysteriously rescued. . . .
They re brought to the underground headquarters of the Curatoria, another group of Earthbounds that Tavia doesn t fully trust. There, she's told that she can save the Earth before it disappears. She agrees.
Tavia quickly realizes that she isn t like other Earthbound, and as her abilities continue to awaken, they begin to threaten her centuries-long relationship with Logan. When Benson Tavia's former best friend and romantic interest appears at Curatoria headquarters, Tavia will again have to make a choice about who to be with even as she tries to stop the virus that is destroying the world and uncover the truth about the two Earthbound organizations that have her tangled up in their webs.

"Pike's . . . solid writing, particularly in her descriptions, will have readers hooked."—Publishers Weekly

"Readers of supernatural romance will be clamoring for this one."—School Library Journal

"The premise of Earthbound is enough to give even the most jaded of readers the shivers."—Romantic Times

"Promising start to a new series that offers history, romance, and action."—Kirkus Reviews