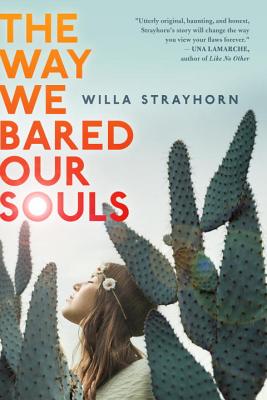 The Way We Bared Our Souls

If you could trade your biggest burden for someone else’s, would you do it?

Five teenagers sit around a bonfire in the middle of the New Mexico desert. They don’t know it yet, but they are about to make the biggest sacrifice of their lives.

Lo has a family history of MS, and is starting to come down with all the symptoms.
Thomas, a former child soldier from Liberia, is plagued by traumatic memories of his war-torn past.
Kaya would do anything to feel physical pain, but a rare condition called CIP keeps her numb.
Ellen can’t remember who she was before she started doing drugs.
Kit lost his girlfriend in a car accident and now he just can’t shake his newfound fear of death.

When they trade totems as a symbol of shedding and adopting one another’s sorrows, they think it’s only an exercise.

But in the morning, they wake to find their burdens gone…and replaced with someone else’s.

As the reality of the ritual unfolds, this unlikely group of five embarks on a week of beautiful, terrifying experiences that all culminate in one perfect truth: In the end, your soul is stronger than your burdens.

"Utterly original, haunting, and honest, Strayhorn's literally infectious story of fear and hope will change the way you view your flaws forever." --Una LaMarche, critically acclaimed author of Like No Other and Five Summers

Praise For The Way We Bared Our Souls…

"Utterly original, haunting, and honest, Strayhorn's literally infectious story of fear and hope will change the way you view your flaws forever."
— Una LaMarche, critically acclaimed author of LIKE NO OTHER and FIVE SUMMERS

Willa Strayhorn hails from Charlottesville, Virginia. She is a graduate of Columbia University's MFA program in creative writing, and received her BA from the College of William & Mary. One of five siblings, she was raised in Virginia, New York, Maryland, and England, and now lives above a bodega in Brooklyn.
Loading...
or
Not Currently Available for Direct Purchase