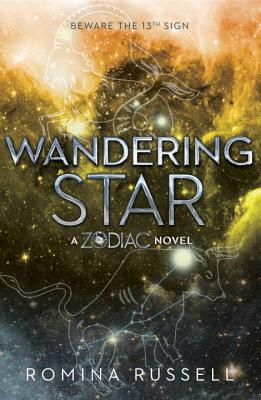 A breathtaking sci-fi space saga inspired by astrology that will stun fans of the Illuminae Files and Starbound series.

Orphaned, disgraced, and stripped of her title, Rho is ready to live life quietly, as an aid worker in the Cancrian refugee camp on House Capricorn.

But news has spread that the Marad--an unbalanced terrorist group determined to overturn harmony in the Galaxy--could strike any House at any moment.

Then, unwelcome nightmare that he is, Ochus appears to Rho, bearing a cryptic message that leaves her with no choice but to fight.

Now Rho must embark on a high-stakes journey through an all-new set of Houses, where she discovers that there's much more to her Galaxy--and to herself--than she could have ever imagined.

New York Times bestselling author Romina Russell originally hails from Buenos Aires, Argentina and currently resides in Los Angeles, CA. She is a graduate of Harvard College and a Virgo to the core. Follow her on Twitter @RominaRussell and visit zodiacbooks.com for more information about the series and your horoscope!
Loading...
or support indie stores by buying on
(This book is on backorder)