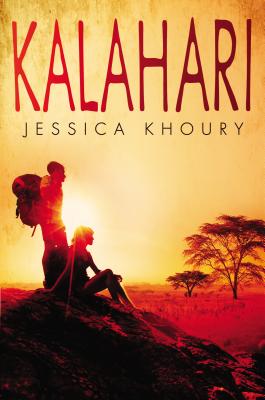 Deep in the Kalahari Desert, a Corpus lab protects a dangerous secret…
But what happens when that secret takes on a life of its own?

When an educational safari goes wrong, five teens find themselves stranded in the Kalahari Desert without a guide. It’s up to Sarah, the daughter of zoologists, to keep them alive and lead them to safety, calling on survival know-how from years of growing up in remote and exotic locales. Battling dehydration, starvation and the pangs of first love, she does her best to hold it together, even as their circumstances grow increasingly desperate.

But soon a terrifying encounter makes Sarah question everything she’s ever known about the natural world. A silver lion, as though made of mercury, makes a vicious, unprovoked attack on the group. After a narrow escape, they uncover the chilling truth behind the lion’s silver sheen: a highly contagious and deadly virus that threatens to ravage the entire area—and eliminate life as they know it.

In this breathtaking new novel by the acclaimed author of Origin and Vitro, Sarah and the others must not only outrun the virus, but its creators, who will stop at nothing to wipe every trace of it.

"Khoury builds a relentless plot and seeds the narrative with a deadly mystery that echoes themes of her first novel, Origin (2012). The science-fiction elements and setting evoke Jurassic Park's themes of human meddling in nature, while touches of teen angst and love keep the book realistic and broaden the appeal."
--Booklist

“A blend of survival/adventure, sci-fi, and first love, KALAHARI is grounded in the resourceful courage of a girl raised in the African bush. Thrilling, unpredictable, irresistible . . . six teenagers in dire straits, and the suspense never lets up. Readers will flock to Jessica Khoury's masterful prose and storytelling.”
--Will Hobbs, award-winning author of Far North  and Never Say Die

Jessica Khoury holds a BA in English from Toccoa Falls College. When not writing, she spends her time on the soccer pitch or traveling the world. She lives in Easley, South Carolina, with her husband and two dogs. Jessica is also the author of Origin and Vitro. Follow her on Twitter @jkbibliophile. For more info, visit www.jessicakhoury.com
Loading...
or
Not Currently Available for Direct Purchase