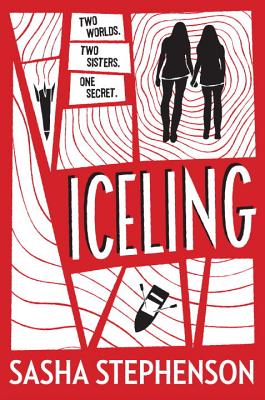 "A story that delivers action, conspiracy, and betrayal alongside a meditation on love, family connection, and humanity." —Publishers Weekly
Sasha Stephenson's intriguing debut is a combination road trip story and sci-fi adventure about the strange, strong bond between two sisters. Fans of Under the Never Sky and The Darkest Minds will devour ICELING, the first book in a new and utterly original sci-fi series.

Because Callie is an Iceling--one of hundreds of teens who were discovered sixteen years ago on a remote Arctic island, all of them lacking the ability to speak or understand any known human language.

Mysterious and panicked events lead to the two sisters embarking on a journey to the north, and now Lorna starts to see that there's a lot more to Callie's origin story than she'd been led to believe. Little does she know what's in store, and that she's about to uncover the terrifying secret about who--and what--Callie really is.

"A story that delivers action, conspiracy, and betrayal alongside a meditation on love, family connection, and humanity." –Publishers Weekly

"There’s some classic and enjoyable sci-fi here that could be straight out of a 1950s film, with inexplicable natural activity and shady government actions that go farther than the protagonist realizes. Lorna is a witty but sincere narrator, and the heart of the book is her love for a sibling she doesn’t understand; her devotion to Callie and her negotiation with Callie’s role in her life are more powerfully depicted here than in many realistic novels about disabled or neurodivergent siblings." –BCCB

Sasha Stephenson holds an MFA in poetry from Columbia University and lives in Brooklyn, New York. This is his first novel.
Loading...
or
Not Currently Available for Direct Purchase