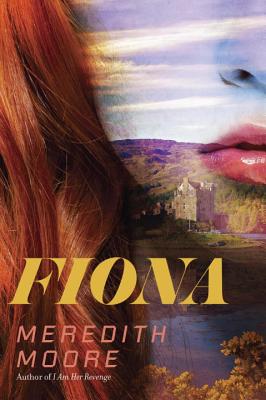 Fiona has a chance to leave her dark past behind.
Fee receives an email from a stranger named Lily, a countess who claims to have known her now-deceased mother. Lily invites her to live in her Scottish castle as an au pair for her young daughter, Poppy.

But the family secrets she brings with her will either destroy her . . .
When Fee starts hearing and seeing strange things around the castle at night, Fee is terrified she’s inherited her mother’s illness. She tells no one.

Or set her free.
Revealing her true identity might be the only thing that can release Fee from her tragic past. But will anyone believe her? Can Fee even believe herself?

Meredith Moore graduated from Harvard University with a degree in history, focusing on early modern England and France. She lives in Houston, Texas, where she loves pumpkin spice lattes, nineteenth-century British literature, and road trips. She is the author of I Am Her Revenge, which School Library Journal called “a refreshing and dramatic tale with a fearless and fragile protagonist.” Find her on Twitter @writermeredith
or support indie stores by buying on
(This book is on backorder)