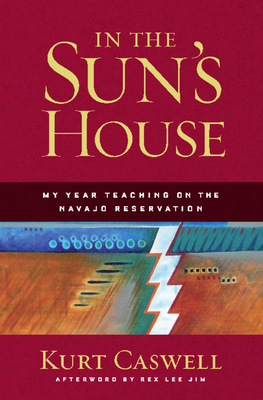 In the Sun's House

My Year Teaching on the Navajo Reservation

In the year he spent teaching at Borrego Pass, a remote Navajo community in northwest New Mexico, Kurt Caswell found himself shunned as persona non grata. His cultural missteps, status as an interloper, and white skin earned him no respect in the classroom or the community--those on the reservation assumed he would come and go like so many teachers had before. But as Caswell attempts to bridge the gap between himself and those who surround him, he finds his calling as a teacher and develops a love for the rich landscape of New Mexico, and manages a hard-won truce between his failings and successes.

Kurt Caswell is a writer and professor of creative writing and literature in the Honors College at Texas Tech University, where he teaches intensive field courses in writing and leadership in the mountains and on rivers in the West. His books include Getting to Grey Owl: Journeys on Four Continents and In the Sun's House: My Year Teaching on the Navajo Reservation (both published by Trinity University Press), and An Inside Passage, which won the 2008 River Teeth Literary Nonfiction Book Prize. He is the co-editor of To Everything on Earth: New Writing on Fate, Community, and Nature. His essays have appeared in ISLE, Isotope, Matter, Ninth Letter, Orion, River Teeth, McSweeney's, Terrain, and the American Literary Review. He lives in Lubbock, Texas.
Loading...
or
Not Currently Available for Direct Purchase