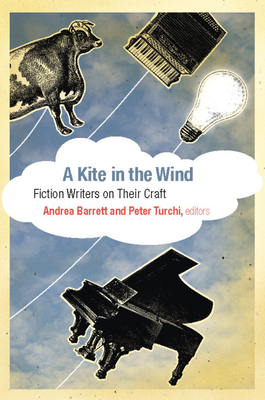 A Kite in the Wind

Fiction Writers on Their Craft

A Kite in the Wind is an anthology of essays by 20 veteran writers and master teachers. While the contributors offer specific, practical advice on such fundamental aspects of craft as characterization, character names, the first person point of view, and unreliable narrators, they also give extended, thoughtful consideration to more sophisticated topics, including "imminence," or the power of a sense of beginning; creating and maintaining tension; "lushness"; and the deliberate manipulation of information to create particular effects. The essays in A Kite in the Wind begin as personal investigations -- attempts to understand why a decision in a particular story or novel seemed unsuccessful; to define a quality or problem that seemed either unrecognized or unsatisfactorily defined; to understand what, despite years of experience as a fiction writer, resisted comprehension; and to pursue haunting, even unanswerable questions. Unlike a how-to book, the anthology is less an instruction manual than it is an intimate visit with twenty very different writers as they explore topics that excite, intrigue, and even puzzle them. Each discussion uses specific examples and illustrations, including both canonical stories and novels and writing less frequently discussed, from the 19th, 20th, and 21st centuries, by both American and international authors. The contributors share their hard-earned insights for beginning and advanced writers with humility, wit, and compassion. The first section of the book focuses on narration, with particular attention paid to various kinds of narrators; the second, on strategic creation and presentation of character; the third, on some of the roles of the visual, beginning with establishing setting; and the fourth, on structural and organizational issues, from movement through time to the manipulation of information to create mystery and suspense. Contributors include Wilton Barnhardt, Andrea Barrett, Charles Baxter, Karen Brennan, Maud Casey, Lan Samantha Chang, Robert Cohen, Stacey D'Erasmo, Judy Doenges, Anthony Doerr, C. J. Hribal, Michael Martone, Kevin McIlvoy, Alexander Parsons, Frederick Reiken, Steven Schwartz, Dominic Smith, Debra Spark, Megan Staffel, Sarah Stone, and Peter Turchi.

Peter Turchi has written and coedited several books on writing fiction, including Maps of the Imagination: The Writer as Cartographer, A Muse and a Maze: Writing as Puzzle, Mystery, and Magic, A Kite in the Wind: Fiction Writers on Their Craft and (Don't) Stop Me if You've Heard This Before and Other Essays on Writing Fiction. His stories have appeared in Ploughshares, Story, the Alaska Quarterly Review, Puerto del Sol, and the Colorado Review, among other journals. He has received numerous accolades, including fellowships from the National Endowment for the Arts and the John Simon Guggenheim Memorial Foundation. He is a professor of creative writing at the University of Houston.
Loading...
or
Not Currently Available for Direct Purchase