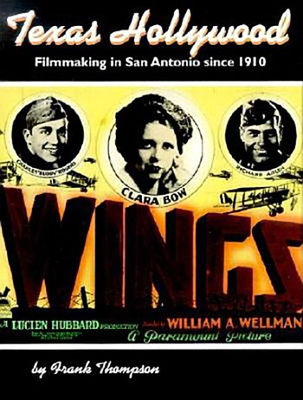 Filmmaking in San Antonio Since 1910

Since the first motion picture studio in Texas was set up in San Antonio in 1910, the city has hosted the filming of more than 250 movies, including the first Academy Award winner for Best Picture -- Wings -- in 1927. Film historian Frank Thompson includes the first filmography documenting the scope of the activity.

Frank Thompson is an author, comedy writer, filmmaker, and film historian. From his home in California he has written, directed, or produced several film-related documentaries, and he often lectures on cinema history. Among his books are William A. Wellman, Tim Burton's The Nightmare Before Christmas, Alamo Movies, I Was That Masked Man (with Clayton Moore), Lost Films, and The Alamo: A Cultural History.
Loading...
or support indie stores by buying on