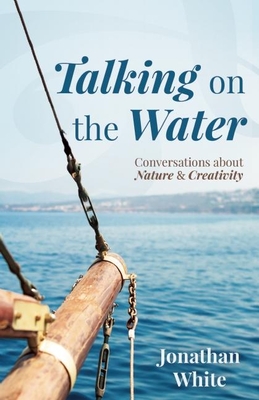 Talking on the Water

Conversations about Nature and Creativity

During the 1980s and 90s, the Resource Institute, headed by Jonathan White, held a series of "floating seminars" aboard a sixty-five-foot schooner featuring leading thinkers and writers from an array of disciplines. Over ten years, White conducted interviews, gathered in this collection, with the writers, scientists, and environmentalists who gathered on board to explore our relationship to the wild. White describes the conversations as the roots of an integrated community: "While at first these roots may not appear to be linked, a closer look reveals that they are sustained in common ground." Beloved fiction writer Ursula K. Le Guin discusses the nature of language, microbiologist Lynn Margulis contemplates Darwin's career and the many meanings of evolution, and anthropologist Richard Nelson sifts through the spiritual life of Alaska's native people. Rounding out the group are writers Gretel Ehrlich, Paul Shepard, and Peter Matthiessen, conservationists Roger Payne and David Brower, theologian Matthew Fox, activist Janet McCloud, Jungian analyst James Hillman, poet Gary Snyder, and ecologist Dolores LaChapelle. By identifying the common link between these conversations, Talking on the Water takes us on a journey in search of a deeper understanding of ourselves and the environment.

Jonathan White is a writer, sailor, educator, marine conservationist, photographer, and custom homebuilder. His first book, Talking on the Water: Conversations about Nature and Creativity, features interviews with Gretel Ehrlich, David Brower, Ursula K. Le Guin, Gary Snyder, Peter Matthiessen, and others. His writing has appeared in the Christian Science Monitor, The Sun, Sierra, the Whole Earth Review, and Fine Homebuilding, and his photographs have appeared in Orion and Sailing. The former president of the Resource Institute, a Seattle-based nonprofit organization focusing on the culture and traditions of the Northwest, White is the author of the forthcoming book, Tides, and lives on Orcas Island, Washington.
Loading...
or support indie stores by buying on