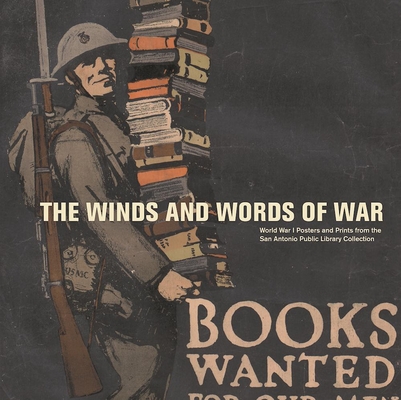 The Winds and Words of War

Commissioned by the U.S. Committee on Public Information, more than 300 of America's most famous illustrators, cartoonists, designers, and fine artists donated their services to create more than 700 posters in an effort to build patriotism, raise funds for war bonds, encourage enlistment, and increase volunteerism during World War I. The Winds and Words of War is a rich collection of World War I-era posters created between 1916 and 1917 to motivate the country to abandon a position of remoteness and connect with European allies against German aggression and tyranny. These images became a great equalizing force in American culture, causing people of all backgrounds and classes, rural or urban, educated or uneducated, to rally to the cause. Some 450 of these posters are part of the San Antonio Public Library's permanent collection, bequeathed in 1940 by Harry Hertzberg, a Texas state senator and avid memorabilia collector. The posters were created by a group of early twentieth-century American artists, among them Charles Dana Gibson, Howard Chandler Christy, James Montgomery Flagg, Guy Lipscombe, Charles Buckle Falls, Haskell Coffin, and Norman Rockwell. The lithographs' heroic images and patriotic slogans depicted military and civilian effort and sacrifice, aiming to inspire young men and women to enlist, pick up a flag, and support the soldiers and nurses during a trying time in American history. The posters, many of which appeared on the cover of the Saturday Evening Post, are both testaments to the people who volunteered their service and excellent examples of the period's advertising strategies and graphic design.

Allison Hays Lane is an archivist and art program manager at the University Health System San Antonio. The recipient of an NEA fellowship in museum administration, she did graduate studies at the Metropolitan Museum of Art. Her museum work includes stints at the Whitney Museum of American Art and the National Museum of Maritime History and exhibition projects for the McNay Art Museum, the San Antonio Museum of Art, and the Linda Pace Foundation.
Loading...
or support indie stores by buying on