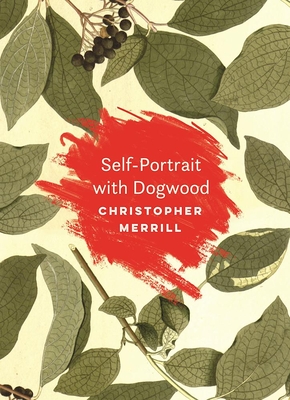 In the course of researching dogwood trees, beloved poet and essayist Christopher Merrill realized that a number of formative moments in his life had some connection to the tree named--according to one writer--because its fruit was not fit for a dog. As he approached his sixtieth birthday, Merrill began to compose a self-portrait alongside this tree whose lifespan is comparable to a human's and that, from an early age, he's regarded as a talisman. Dogwoods have never been far from Merrill's view at significant moments throughout his life, helping to shape his understanding of place in the great chain of being; entwined in his experience is the conviction that our relationship to the natural world is central to our walk in the sun. The feeling of a connection to nature has become more acute as his life has taken him to distant corners of the earth, often to war zones where he has witnessed not only humankind's propensity for violence and evil but also the enduring power of connections that can be forged across languages, borders, and politics. Dogwoods teach us persistence humility and wonder. Self-Portrait with Dogwood is no ordinary memoir, but rather the work of a traveler who has crisscrossed the country and the globe in search of ways to make sense of his time here. Merrill provides new ways of thinking about personal history, the environment, politics, faith, and the power of the written word. In his descriptions of places far and near, many outside of the average American's purview--a besieged city in Bosnia, a hidden path in a Taiwanese park, Tolstoy's country house in Russia, a castle in Slovakia, a blossoming dogwood at daybreak in Seattle--the reader's understanding of the world will flourish as well.

Christopher Merrill has published four collections of poetry, including Boat, Brilliant Water, and Watch Fire; many edited volumes and translations; and four books of nonfiction, including Things of the Hidden God: Journey to the Holy Mountain, and The Tree of the Doves: Ceremony, Expedition, War. His work has been translated into twenty-five languages, his journalism appears in many publications, and he has been the book critic for the daily radio news program The World. He directs the International Writing Program at the University of Iowa.
Loading...
or support indie stores by buying on