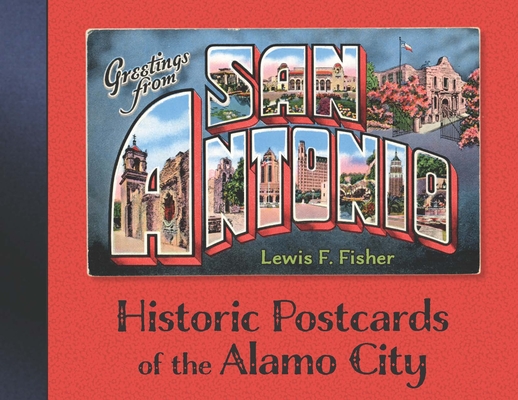 Historic Postcards of the Alamo City

Greetings from San Antonio: Historic Postcards of the Alamo City is a collection of more than six hundred color and black-and-white photo postcards, many of them quite rare, that yield a compelling visual narrative of the city in the early twentieth century, when postcards were at their height of popularity. Presented unaltered and accompanied by concise descriptive text, the postcards provide a distinctive visual portrait of a captivating and unique city during the early years of its transformation into the multicultural mecca it is today.

Celebrated San Antonio historian Lewis F. Fisher, whose Maverick Publishing Company was acquired by Trinity University Press in 2015, has published forty-five books on topics ranging from San Antonio's Spanish heritage to its urban development, and from the military to sports, architecture, and multicultural legends. A former member of the San Antonio River Commission, he has written numerous books himself, including Chili Queens, Hay Wagons, and Fandangos: The Spanish Plazas in Frontier San Antonio, winner of the 2015 San Antonio Conservation Society Publication Award, and Saving San Antonio: The Preservation of a Heritage, republished in a second edition, and Maverick: The American Name That Became a Legend. Fisher has received numerous local, state, and national writing awards and was named a Texas Preservation Hero by the Conservation Society in 2014.
Loading...
or support indie stores by buying on