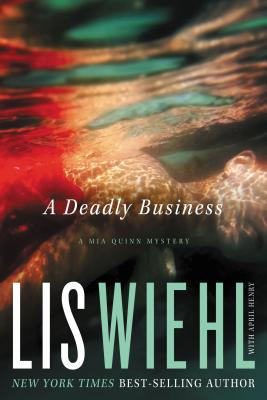 "Wiehl's experience as a former federal prosecutor gives the narrative an authenticity in its depiction of the criminal justice system. Henry's expertise in writing mysteries and thrillers has placed her on the short-list for the Agatha, Anthony, and Oregon Book awards. The coauthors' . . . fast-paced detective series will keep legal thriller readers and John Grisham fans totally engrossed." -Library Journal

A prosecutor of violent criminals. A detective on a dangerous beat. When these two pros take on an off-the-books case, the line between professional and personal becomes perilously blurred.

When a twenty-two-year-old convict walks into the courtroom, his eyes confirm what Mia Quinn already guesses: he blames her for his conviction. In seconds, he knocks her to the ground and holds a razor blade to her throat. While she manages to escape without injury, it's just one more reminder that Mia's job prosecuting Seattle's's most dangerous criminals is far from low risk.

As a single mom, the last thing Mia wants is for her work to follow her home or discover that it already has.

Now Detective Charlie Carlson is suggesting the very thing Mia doesn't want to believe-that her accountant husband's deadly car accident was no accident at all. When Mia and Charlie encounter resistance to reopening the case, they take the investigation into their own hands. And they find much more than they bargained for.

Was Mia's husband more than an accountant . . . and less than an honest man? As the truth becomes more shocking and the case grows more complex, her husband's killers take note of Mia . . . and her children. How far will this prosecutor go to learn the truth about her husband-and how far will she have to go to protect her family?