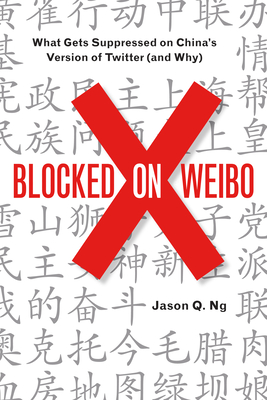 What Gets Suppressed on Chinaa's Version of Twitter (and Why)

Though often described with foreboding buzzwords such as The Great Firewall and the censorship regime, Internet regulation in China is rarely either obvious or straightforward. This was the inspiration for China specialist Jason Q. Ng to write an innovative computer script that would make it possible to deduce just which terms are suppressed on China's most important social media site, Sina Weibo. The remarkable and groundbreaking result is Blocked on Weibo, which began as a highly praised blog and has been expanded here to list over 150 forbidden keywords, as well as offer possible explanations why the Chinese government would find these terms sensitive. As Ng explains, Weibo (roughly the equivalent of Twitter), with over 500 million registered accounts, censors hundreds of words and phrases, ranging from fairly obvious terms, including tank (a reference to the Tank Man who stared down the Chinese army in Tiananmen Square) and the names of top government officials (if they can't be found online, they can't be criticized), to deeply obscure references, including hairy bacon (a coded insult referring to Mao's embalmed body). With dozens of phrases that could get a Chinese Internet user invited to the local police station for a cup of tea (a euphemism for being detained by the authorities), Blocked on Weibo offers an invaluable guide to sensitive topics in modern-day China as well as a fascinating tour of recent Chinese history.

Praise For Blocked on Weibo: What Gets Suppressed on Chinaa's Version of Twitter (and Why)…

Praise for the Blocked on Weibo blog:

"Blocked on Weibo is interesting for those with any knowledge of China and its Internet space, right from beginners to old hands."
—Jon Russell, The Next Web

Jason Q. Ng is a research consultant for China Digital Times and a 2013 Google Policy Fellow at the Citizen Lab. His work has been featured in Le Monde, the Huffington Post, the Next Web, Asia Pacific Forum, and Shanghaiist. He writes regularly on China for Waging Nonviolence. He lives in New Jersey.
Loading...
or
Not Currently Available for Direct Purchase