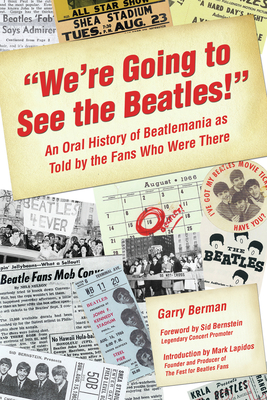 We're Going to See the Beatles!

This book examines and relives the entire scope of Beatlemania as it swept America - from the first whispers of the bands existence to the mass hysteria that became commonplace.

Garry Berman is a regular contributor to Beatlefan magazine and the author of Best of the Britcoms: From Fawlty Towers to Absolutely Fabulous. He lives in Westampton, New Jersey. Sid Bernstein is the legendary agent, promoter, and manager who brought the Beatles to America as part of the British Invasion. He has worked with many musicians, including Barbra Streisand, Elvis Presley, Jimi Hendrix, the Moody Blues, and the Rolling Stones. He lives in New York City. Mark Lapidos is the producer of The Fest for Beatles Fans (formerly known as Beatlefest). He lives in Westwood, New Jersey.
Loading...
or support indie stores by buying on