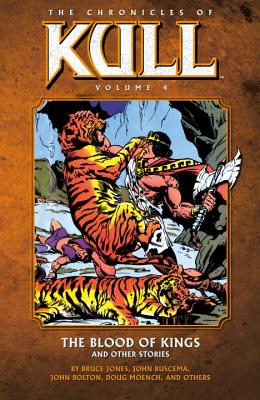 The Blood of Kings and Other Stories

When Kull the Conqueror was re-launched in 1982, the finest fantasy artists and writers were assembled to bring all of Kull's barbaric rage to a new generation of fans! The legendary John Buscema and John Bolton lend their pencils to acclaimed writers Bruce Jones and Doug Moench's epic tales of pre-cataclysm warfare and political intrigue. This volume collects four, giant, forty-eight-page Kull stories including "Eye of the Tigress," about an ambitious warrior woman with a tiger's strength and ties to Kull's past, "The Blood of Kings" which tells of an Atlantean invasion of Valusian soil, and more!