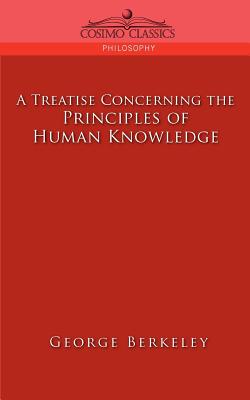 It is indeed an opinion strangely prevailing amongst men that houses, mountains, rivers, and, in a word, all sensible objects have an existence, natural or real, distinct from their being perceived by the understanding. -from "On the Principles of Human Knowledge" Forming a triangle of British empiricism with Locke and Hume, George Berkeley's direct influence on modern thought cannot be overstated. From the American Founding Fathers, who looked to him as the pioneer of their idealism, to the reality-questioning motives of quantum physics, Berkeley's odd, profound view of the nature of human perception, a sense he trusted implicitly, has in turn shaped our perception of the universe at large. Dismissed as an impractical dreamer, a disaffected anti-authoritarian, even a madman in his time, Berkeley here shifts the ground under the feet of humanity, questioning everything and finding fundamental freedom in human will and action. His conclusions remain as wise and inspiring as they were almost three hundred years ago, when he first shared them with the world in 1710. Irish scientist, philosopher, and writer GEORGE BERKELEY (1685-1753) also wrote An Essay Towards a New Theory of Vision (1709).
or
Buy Here
Copyright © 2020 American Booksellers Association